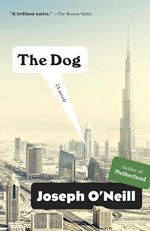 Chapter 19 WHAT HAPPENED NEXT IS

Meeting Mrs. Ted Wilson number two in the bar gets even more interesting when Mrs. Ted doesn't recognize X. Since this had occurred after their meeting in X's apartment, and the awkward elevator ride a few days later, he can't see how she can fail to recognize him. X figures out that she doesn't recognize him because she's so focused on Ollie and his sympathetic murmurings. Apparently she had found out about the other Mrs. Ted and is distraught about it. X remembers that there is a sort of 'lostness' that occurs when one finds oneself doing things alone that previously had been done with a significant other.

As Ollie continues to talk to her and she responds, X realizes that he'd rather be anywhere else but there. He contemplates his involvement in the entire situation, casually wonders...