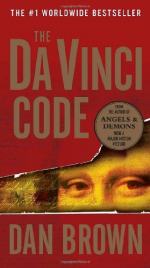 The Da Vinci Code is written as a classic thriller in which, throughout the book, good and evil take turns having the upper hand. However, by the end of the book, the age-old truth is proven again, that good triumphs over evil. In this book, evil was more accurately described as greed.

Sir Teabing's misguided intentions to reveal the truth about the Holy Grail were a result of his greed for knowledge of the truth and power. He capitalized on Bishop Aringarosa's greed for power to lord over the Vatican.

Meanwhile, the intentions of Sophie Neveu and Robert Langdon were more pure. For Sophie, her greatest interest was in finding the truth about her family and discovering why her grandfather was murdered.

For Robert Langdon, his intentions started out being to help Sophie find why her grandfather was murdered. Once the Holy Grail and...