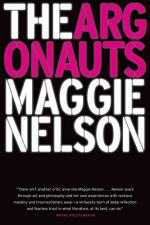 Maggie Nelson
This Study Guide consists of approximately 43 pages of chapter summaries, quotes, character analysis, themes, and more - everything you need to sharpen your knowledge of The Argonauts.

The Argonauts Summary & Study Guide includes comprehensive information and analysis to help you understand the book. This study guide contains the following sections:

This detailed literature summary also contains Topics for Discussion on The Argonauts by Maggie Nelson.

The following version of this book was used for the creation of this study guide: The Argonauts, by Maggie Nelson. First Edition, 2015. 2016, by Graywolf Publishing.

The book is a continuous stream of thoughts, reflections and writings by the author: there are no chapter or section breaks. In general, the style is one of relatively short paragraphs, ranging in length from one sentence to around 20, each separated by extra blank space. There are frequent interjections of quotes from, and/or references to, other writers.

The book begins with a discussion of the value of words, outlining how the author sees them as a primary means of both communication and self-identification and how her partner sees them as limiting, more of a boundary than a freedom. The author then begins her examination of, and commentary on, her various areas of interest. Her exploration of family dynamics begins with discussion of her process of bonding with her stepson, and continues throughout the book with considerations of her relationship with her mother, Harry’s relationship with his, and primarily her relationship with her own child. This is one of the book’s main considerations, as the author moves back and forth in time from her experience of pregnancy to her experience of her son’s illness shortly after his birth and finally, as the book concludes, to the moment of his birth. At this point, the author’s interest in family relationships climaxes, in that the narrative of the birth is intercut with narrative of Harry’s mother’s death.

Another aspect of the author’s considerations and writings is the way in which individual identity develops. Although there are references to how identity can be inherited (i.e. through genetics or the teachings and mentorings of more mature individuals), the author’s main emphasis is on the individual’s role in developing his or her own identity – or, even more specifically, the role of choice. There are two primary examples of how the author explores this theme. First, in relation to her own choices and experiences of pregnancy and motherhood, and second, in relation to Harry’s choices and experiences of transitioning from being female-identified to being male-identified. The author also explores these entwined transformations in another way: as contemplations of body and body image, as defined by biological gender and by society’s conditioning about how that gender is to be both perceived and treated. A related issue to both these issues is the author’s exploration of sexuality – how the genders experience sexuality, how expectations affect that experience, and again, how individual choice rather than societal preconceptions should, arguably, be the guiding principle in defining what gives pleasure and meaning and what doesn’t.

Throughout the book, the author draws both explicit and implied comparisons between the perception of life as a journey, and the perception of life as a process of becoming. The former appears in frequent references to circumstances implied by the title, “The Argonauts” being a reference to a mythic group of sailors on a heroic search. The implication here is that individuals in the process of defining their own identity are, ultimately, on a heroic search of their own. The latter, a perception of life as a process of becoming, is referred to specifically in the book’s opening section, and is repeated both directly and indirectly throughout the book. The book ends with a beginning: an expression of the hope and optimism the author feels in the aftermath of her son’s life beginning, of his first metaphorical steps on his own wandering journey towards his own identity.

More summaries and resources for teaching or studying The Argonauts.

The Argonauts from BookRags. (c)2022 BookRags, Inc. All rights reserved.