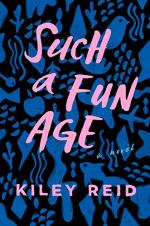 Such a Fun Age Summary & Study Guide includes comprehensive information and analysis to help you understand the book. This study guide contains the following sections:

This detailed literature summary also contains Quotes and a Free Quiz on Such a Fun Age by Kiley Reid.

The following version of the novel was used to create this study guide: Reid, Kiley. Such a Fun Age. G.P. Putnam’s Sons, December 31, 2019. Kindle.

In the novel Such a Fun Age by Kiley Reid, after a video was released showing Emira Tucker, a young black woman, being accosted in a traditionally white grocery store, Emira finds herself in an unexpected battle between her white boyfriend, Kelley Copeland, and white employer, Alix Chamberlain. Reid presents a worst-case scenario of political correctness as Kelley and Alix, who have a history, try to present the other as racist and evil. Despite the interference, Emira comes out on top as she focuses on her own best interests and desire to be her own person.

Emira had been at a late-night birthday party with her friends when Alix called her to come get Briar, the two-year-old who Emira babysat. Someone had broken a window at the Chamberlains’ house. Alix did not want her daughter there when the police arrived. At Alix’s suggestion, Emira took Briar to Market Depot, a nearby grocery store. A customer complained to security when she saw Emira dancing in the aisle with the little white girl. The encounter between Emira and the security officer was filmed by Kelley, who suggested that Emira might need it if she wanted to sue. Emira assured him she did not want to sue. The incident ended when Briar’s father came to get her.

For Alix, the incident was a wake-up call. Alix feared that Emira would quit her job so she began to try to befriend her babysitter. Alix’s sudden interest in Emira was disturbing to Emira because Emira needed to get a full-time job so she could have health benefits. To make matters worse, Emira began dating Kelley, Alix’s high school boyfriend. The reader learns the relationship between Kelley and Alix went sour the night that Alix lost her virginity to Kelley. A popular boy invited himself and some friends to Alix’s house to party that same night because he knew Alix’s parents would be out of town. Alix believed that Kelley had given them permission to come because he saw it as his chance to be friends with the popular kids. To spite Kelley, Alix called the police. The popular boy, a black athlete, was arrested and his college scholarship taken away as a result. Alix was exiled the rest of her senior year.

Alix invited Emira and her boyfriend to her family’s Thanksgiving with the intention of making Emira feel like a member of the family. Instead, Alix was shocked and embarrassed to see that Emira was dating Kelley. At this point, Kelley began to try to convince Emira that Alix was racist in the way she preferred hiring help who were black. She made Emira wear a uniform. Alix, meanwhile, tried to protect Emira by pulling her closer to the family.

The situation came to a climax when Alix found the grocery store video on Emira’s phone and had it posted to the Internet. Because she and Kelley were the only ones with access to the video, Emira believed that Kelley had posted it. She broke up with him. Alix visited Emira at her apartment and offered her a full-time job with health insurance. Desperate, Emira agreed. Alix also gave Emira the opportunity to tell her side of the video in a television interview.

On the day of the interview, Emira’s friend Zara went with Emira to the Chamberlains’ house where the clip would be filmed. Zara overheard one of Alix’s friends telling Alix that she had not been wrong in posting the grocery store video. Zara told Emira what had really happened, that Alix did not have Emira’s best interests in mind at all. Emira turned down Alix’s job offer during the interview. Emira came out the winner as she went on to impress a regional representative with the U.S. Census Bureau who hired Emira as an administrative assistant and gave her the freedom to be herself.