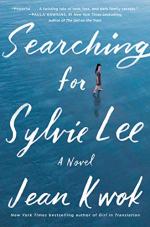 Jean Kwok
This Study Guide consists of approximately 37 pages of chapter summaries, quotes, character analysis, themes, and more - everything you need to sharpen your knowledge of Searching For Sylvie Lee.

This detailed literature summary also contains Quotes and a Free Quiz on Searching For Sylvie Lee by Jean Kwok.

The following version of this book was used to create this study guide: Kwok, Jean. Searching for Sylvie Lee. New York: HarperCollins, 2019. Hardcover.

The novel’s story takes place over a two-month period in the present-day. The story mainly focuses on two sisters, Sylvie lee and Amy Lee. Sylvie is a successful businesswoman in her early thirties, and Amy is in her mid-twenties and is struggling to earn the official license that will allow her to be a teacher. Amy and Sylvie’s parents—referred to in the novel only as Ma and Pa—are Chinese immigrants living in New York City. Shortly after arriving in America, Ma gave birth to Sylvie. Because of their limited resources, they sent her to be raised by members of their extended family, the Tan family. The Tans had immigrated to Holland from China. Sylvie lived in Holland until she was nine years old, at which time she returned to America to live with Ma and Pa. The extended family consists of Ma’s cousin Helena, Helena’s husband Willem, Willem and Helena’s son Lukas, and Ma’s mother (who is referred to in the novel only as Grandma.)

In the present day, when Grandma’s health starts to decline, Sylvie goes to Holland to visit her. Sylvie is welcomed by Willem and Lukas, but Helena is not happy to see her. Helena has always been cruel to Sylvie, and Sylvie does not know why. Several weeks after Sylvie arrives in Holland, she goes missing. Amy decides to go to Holland to look for her. Grandma has died by this time. Amy receives a strangely stiff welcome from Willem, Helena, and Lukas. Amy beings to investigate Sylvie’s disappearance, and she suspects that someone close to Sylvie may have been somehow involved—either through threats or violence—in Sylvie’s disappearance. Amy creates a long list of suspects, including Lukas, Willem, Helena, Lukas’ friend Filip, and Sylvie’s husband Jim. Amy learns that Sylvie and Jim recently separated, but Amy does not know why.

During the course of Amy’s investigation, the novel frequently flashes back to Sylvie’s time in Amsterdam. During this time, Sylvie found herself romantically attracted both to Lukas and Filip, but she repressed these feelings. The narrative reveals that Sylvie separated from Jim because Jim had an affair with a minor and also hit Sylvie on at least one occasion. After their separation, Jim then arrived in Holland and began stalking Sylvie. Sylvie was also in potentially dire financial straits, as he had recently lost her job. In Amy’s storyline, Amy enlists the help of a nonprofit organization that helps search for missing people. They find Sylvie’s body in a nearby bay, and Amy is devastated. Ma and Pa immediately come to Holland.

Ma confesses to Amy that Sylvie was actually the daughter of Ma and Willem, who had had an affair. Ma, Pa, Willem, and Helena had all kept this information secret from Sylvie, Lukas, and Amy. They then all learn—in part from Lukas and in part from a note left by Sylvie—that Sylvie deduced her true parentage after seeing that she and Willem had identical birthmarks. Realizing that she and Lukas were half-siblings, Sylvie felt devastated and felt that she had lost the only good thing left in her life, so she killed herself. In the wake of Sylvie’s tragic and unnecessary death, the Lees and the Tans all resolve to have better relationships with each other that are more open, honest, and understanding.

More summaries and resources for teaching or studying Searching For Sylvie Lee.