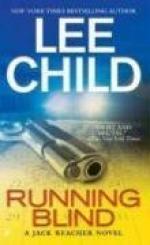 Eventually, Jodie comes into the room. She says she isn't equipped to deal with criminal law, since she deals with financial law. They talk back and forth and Reacher tells Jodie that they are eliminating him by following him. Reacher says the killing is working on a three week timeframe, which means the third murder occurred during the week they were following him.

The agents end the lawyer conference. They set up a tape recorder and read Reacher his rights...