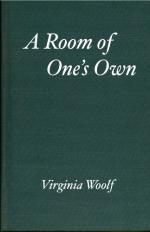 Jane Eyre (1847), by Charlotte Brontë, is the story of an orphan who becomes a governess and who must make her own way in the world. This book, with its compelling female character and equally compelling plot is a major nineteenth-century novel written by a woman.

Jane Austen's Pride and Prejudice (1813), like all her novels, is admired by critics for its subtle humor and irony. The book follows the path of Elizabeth Bennet as she considers various suitors for marriage; at the same time, it engages in a perceptive analysis of the social milieu it depicts.

Three Guineas, published in 1938, is Woolf s second feminist book. Its tone is more serious and urgent than that of her first, partly owing to Woolf s despair over the rise of fascist, antifeminist ideologies in Germany and Italy during the 1930s.