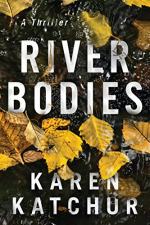 The Delaware River, as a body of water, serves as a symbol for change. The river can be calm and relaxing at times, but its swift undercurrent can sweep a person away. It has been responsible for a lot of accidental drownings and almost claimed the life of Parker Reed's mother. The river is much like human emotions, which can change as a person gets swept up in one of life's unexpected currents. The river can also be seen as a cleansing process. Although it divides Becca's Jersey and Portland lives, crossing it has a purifying effect, allowing Becca to regain many of her long-repressed memories. As Parker tells Becca, if a person listens patiently enough, the river will give her answers.

John's leather cut is a significant symbol of his status with the Scions. The patches that he...