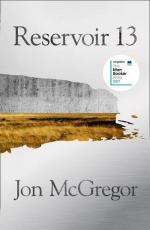 McGregor, Jon
This Study Guide consists of approximately 35 pages of chapter summaries, quotes, character analysis, themes, and more - everything you need to sharpen your knowledge of Reservoir 13.

This detailed literature summary also contains Quotes and a Free Quiz on Reservoir 13 by McGregor, Jon .

The following version of this book was used to create this study guide: McGregor, Jon. Reservoir 13. Catapult, 2017.

The novel takes place over a 13-year period, with each chapter spanning one year. The novel takes place in a single unnamed town in the English countryside. The story opens in January. A 13-year-old girl named Rebecca Shaw has gone missing. She and her parents were visiting the town from London. Rebecca is not found, but her case remains open. Local resident Su Cooper gives birth to twin boys. Su works for the BBC, and her husband Austin is the editor of the local newspaper. Teenage friends James, Lynsey, Sophie, and Deepak search for Rebecca but do not find her. Deepak and his family eventually move away after Deepak’s father finds a job elsewhere. Local farmer Will Gordon begins dating local teacher Miss Carter. Traveling businessman Richard Clark comes to town to see his ailing mother, and he visits his old school friend Cathy Harris.

Martin Fowler and Ruth Fowler are married and run the local butcher shop together. However, the shop eventually closes, and Ruth leaves Martin about two years after the beginning of the novel. Ruth moves to a neighboring town to open an organic foods store. Will Jackson’s father is partially paralyzed by a stroke. Will marries Claire, the mother of a child that they had out of wedlock years prior. Susanna Wright and her son Rohan move to town to escape Susanna’s abusive husband. Susanna is a yoga teacher, and Rohan becomes friends with James, Lynsey, and Sophie. James and Sophie begin dating, and Rohan and Lynsey begin dating, but these romantic relationships end quickly.

Cathy Harris regularly walks Mr. Wilson’s dog nelson, as Mr. Wilson requires a hip replacement. Richard Clark continues to visit Cathy Harris whenever he is in town. James and Lynsey begin dating, but their relationship quickly becomes more serious than they had originally intended, which makes them both anxious. James, Sophie, Rohan, and Lynsey graduate high school and matriculate to different universities. James and Sophie end the romantic aspect of their relationship. Sophie’s academic performance in her first year of university is quite poor. Susanna Wright opens a small gift shop.

One of the residents of the town is a single mother named Irene. She works at the local pub, and her son Andrew appears to have issues with socialization. He also has a short temper, especially as he grows closer to being a teenager. Martin Fowler, now working at the meat counter at the local supermarket, befriends two ex-convicts who come to town: Ray and Flint. Ray and Flint are soon arrested in connection with a series of burglaries. Susanna’s chop does poorly. Jones, the school janitor, is arrested for possession of child pornography and is sentenced to 18 months in prison. He is released early, and there is tension in the town when he moves back into his home.

James, Rohan, and Lynsey move back to town after finishing university. Sophie, who dropped out of university, has moved away after being offered a job doing media for a company. Rohan eventually also moves away after finding a job. James becomes very interested in rock-climbing, and Lynsey tends bar at the local pub. She eventually marries an older man who works for the local quarry company. Meanwhile, Irene’s son Andrew grows more aggressive as he grows older, and he begins beating Irene. Irene eventually sends him to live in separate accommodations. Richard Clark’s mother eventually dies, and he pursues a romantic relationship with Cathy Harris, but she ultimately rebuffs him.

More summaries and resources for teaching or studying Reservoir 13.