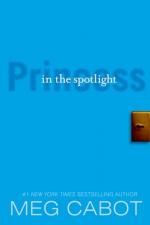 Princess in the Spotlight Topics for Discussion

How realistic is it that Mia's Grandmere, the dowager princess of Genovia, and her father, the prince of Genovia, are both able to spend an extended time in America with Mia? Who is ruling the country while they are absent?

Do you believe Mia's parents were right in not telling her that it was a possibility she might be heir to the throne in Genovia? How do you believe this situation should have been handled?

How does the relationship between Mia's parents affect Mia...