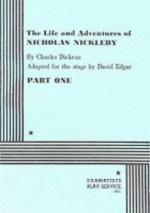 The original Dickens novel, a meandering behemoth, follows the pattern of the picaresque tale and seems to be based on Tobias Smollett's picaresque novels, The Adventures of Roderick Random (1748) and The Adventures of Peregrine Pickle (1751), both of which Dickens read during his childhood. All of Dickens's novels discuss social reform of one kind or another, but two of them in particular consider the plight of poor children: Hard Times (1845) and Oliver Twist (1837-1839).

Like Dickens, David Edgar writes plays of social reform. Notable among his works are Mary Barnes (1977), about an unusual experimental psychiatric treatment of a schizophrenic woman, and The Jail Diary of Albie Sachs (1966), the story of a Jewish South African lawyer imprisoned for defending opponents of apartheid.