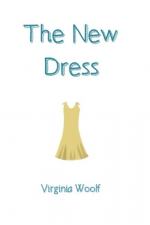 In the following excerpt, McNichol notes the interrelated nature of the stories she has collected and published as Mrs. Dalloway's Party: A Short Story Sequence, to one another and to the novel

"The New Dress" was written in 1924 when Vir-ginia Woolf was revising Mrs Dalloway for publication. In a pencil note to the manuscript opening of the story Virginia Woolf states:

The New Dress At Mrs D's party She got it on this theory the theory of clothes but very little money this brings in the relation with sex; her estimate of herself.

"Mrs Dalloway in Bond Street" and "The New Dress" are both connected with the genesis of the novel Mrs Dalloway; the other five stories written consecutively and probably not later than May 1925 form a kind of epilogue to it. Though the party goes on after the novel is finished Mrs Dalloway's is...