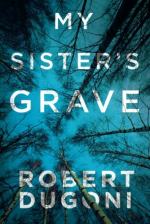 This detailed literature summary also contains Quotes and a Free Quiz on My Sister's Grave by Robert Dugoni.

The following version of the novel was used to create this study guide: Dugoni, Robert. My Sister’s Grave. Thomas & Mercer, November 1, 2014. Kindle.

In My Sister’s Grave by Robert Dugoni, Tracy Crosswhite learned too late that there was more to the conviction of the man who murdered her sister, Sarah, than she had been told. Even as a young woman, Tracy did not think the evidence presented and conclusions being drawn at the trial for her sister’s murderer, who had been previously convicted of abducting another girl, made complete sense. Twenty years later, Tracy was working as a homicide detective when her sister’s remains were finally found. New evidence from the grave seemed to prove Edmund House, the man who had been found guilty of Sarah’s murder, had been framed.

On the day that Sarah disappeared in 1993, she and Tracy competed in a shooting competition. Tracy’s boyfriend had arranged a special dinner during which he was going to propose to her. So that Tracy and Ben could get to the restaurant in time for their reservations, Sarah, then 18, drove home alone. Tracy never forgave herself because Sarah disappeared on her way home. The truck was discovered on the side of the road, out of gas, through Tracy had just filled the tank. A hunter’s dog uncovered Sarah’s grave twenty years later.

Believing that Edmund, the man convicted of Sarah’s murder, had been framed for the crime, Tracy spent the twenty years since Sarah’s disappearance investigating the case. She had hit a dead end until her sister’s remains were discovered. At that point, Tracy asked Dan O’Leary, a childhood friend who had become a lawyer, to look over her investigation. Dan saw the same inconsistencies that Tracy had discovered and agreed to help Edmund get a hearing for post-conviction relief.

Various people, including the sheriff and Edmund’s previous lawyer, discouraged Tracy from pressing for a hearing for Edmund. George Bovine, the father of a girl who had been abducted and raped by Edmund, tried to convince Dan that even if Edmund was not guilty of killing Sarah, Edmund needed to be in prison to keep other women safe from him. The night before the hearing, someone shot out a window in Dan’s home.

The hearing went on despite the attempts to stop it. It ended with the judge declaring that the trial in which Edmund had been found guilty was the biggest miscarriage of justice he had ever seen. He ordered that Edmund be released from jail immediately and that he be granted a new trial.

Later, on the same evening that Edmund was released from jail, firefighters were called to the house of DeAngelo Finn, the man who had served as Edmund’s lawyer in his original trial. Finn was discovered still alive but crucified on a closet door inside the house. Meanwhile, Tracy drove to the property where Edmund had lived with his uncle, Parker House. Tracy suspected Parker might have been the one who hurt her sister and blamed it on his nephew. At Parker’s house, Tracy found Parker sitting in a chair with spikes driven through his hands and feet. Distracted by Parker and his injuries, Tracy did not see Edmund sneaking up behind her until he had already knocked her unconscious.

Tracy woke to find herself chained in an underground room. Edmund confessed to her that he had intended to kidnap her instead of Sarah 20 years prior. He knew he had left behind no evidence when he kidnapped and killed Sarah. He was angry that he was framed even though he had committed the crime. He hoped that the sheriff, Roy Calloway, would come looking for Tracy so he could get his revenge on Calloway in the same way he had gotten revenge on his uncle and his former lawyer.

When Edmund left Tracy alone in the room, she was able to see where her sister had scratched out words to a prayer that they had said together as children. Tracy knew from the significance of the prayer that Edmund had told Sarah that he had been intending to kidnap Tracy. Sarah left the message for Tracy in the case that Tracy was ever held captive there as well, a message there was a tool hidden that Tracy could use to scratch away at the concrete and perhaps escape. Tracy discovered that her sister had also been chipping away at the concrete that held the metal plate to which she was chained in place. Tracy felt as if her sister was guiding her hand to the spike. Tracy was able to loosen the plate enough that she was later able to pull it free.

Luckily, Tracy had left a note telling Dan where she had gone. Dan and Calloway drove to Parker’s house where the sheriff found the old mining tunnel where Edmund was holding Tracy captive. Outside the mine entrance, Calloway stepped in a bear trap put there as a booby trap. Edmund drug Calloway into the room where he was holding Tracy. Tracy managed to get the sheriff’s gun and kill Edmund, saving both herself and the sheriff.

Tracy learned later that it had been her father’s idea to frame Edmund. He and the sheriff knew that Edmund was responsible for killing Sarah but did not want Tracy to know that she was Edmund’s target, not Sarah. Because Crosswhite made who helped with the cover-up promise to never tell Tracy the truth about Sarah’s death, they had been unable to tell her exactly why she should stop pursuing Edmund’s innocence. Tracy and Calloway, who had often butted heads over Tracy’s persistence that Sarah’s case had been mishandled, both agreed in the end that even if Calloway had told Tracy what her father had done, Tracy would not have believed him.