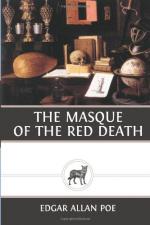 The Masque of the Red Death Historical Context

Edgar Allan Poe
This Study Guide consists of approximately 62 pages of chapter summaries, quotes, character analysis, themes, and more - everything you need to sharpen your knowledge of The Masque of the Red Death.

Three of the most important women in Poe's life died of tuberculosis. Although the "pestilence" in the story "Masque of the Red Death" is not defined, it seems reasonable to assume that it is inspired in some ways by Poe's experience with tuberculosis. The distinguishing mark of the "Red Death" is profuse bleeding, just as the distinguishing sign of tuberculosis is the coughing up of blood. According to Britannica Online, tuberculosis, often referred to in literature as "consumption," is "one of the great scourges of mankind." The disease "reached near-epic proportions" in industrializing urban areas in the eighteenth and nineteenth centuries. During this time, it was "the leading cause of death for all age groups in the Western world."

Much of Poe's writing can be referred to as "impressionist," depicting the subtle details of a sensitive mind from a highly subjective perspective. Britannica Online describes an...

More summaries and resources for teaching or studying The Masque of the Red Death.

The Masque of the Red Death from Gale. ©2005-2006 Thomson Gale, a part of the Thomson Corporation. All rights reserved.