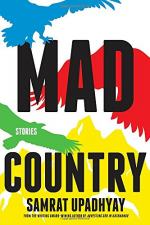 The collection begins with the story “Fast Forward,” in which editor Shalini Malla visits a government official in order to defend her magazine's publication of a story about the unlawful imprisonment and execution of a man by government authorities. She refuses to issue the retraction he demands, and then goes to lunch with some friends. She learns that her friend Alina is having a difficult time after her recent divorce. Later, Shalini receives a call from her assistant informing her that the journalist responsible for the story about the execution has gone missing. Shalini returns to the government official's office and demands to be heard, but she is struck and forcibly removed from the office by police. She receives another call that Alina has died by suicide. The missing journalist is never found.

In “Beggar Boy,” a teenager named Ramesh is upset because his mother has left him and his father to start a new family. He plans to rob a bank in an attempt to get attention from his parents, and trades clothes with a beggar dressed in rags in order to be less conspicuous. Ramesh tries on the clothes frequently in private, fantasizing about his new impoverished persona. However, when Ramesh goes to rob the bank, he is robbed himself of his father's money by the bank teller and a security guard.

“What Will Happen to the Sharma Family” briefly tells the story of an ordinary Nepali family in which the daughter, Nilima, wishes to marry a boy of whom her parents do not approve, her brother Nilesh fantasizes about becoming a famous actor, and their father Mr. Sharma seduces the neighbor's maid. Despite these conflicts, the family members each manage to find a happy ending.

“Freak Street” takes place in Nepal in 1978. The story is named for the Kathmandu street on which hippies congregate to smoke hashish. After the protagonist Sofi has a disturbing and coercive sexual encounter with a U.S. Marine, she decides to remake herself as a traditional Nepali woman, despite being white and American. Sofi becomes like an adopted daughter to her landlady, who gives her a Nepali name, Sukumari. Shortly thereafter, Sofi/Sukumari becomes infatuated with her landlady's new tenant, Manandhar. Her landlady/adoptive mother does not approve and kicks Manandhar out of their home. Sofi/Sukumari follows him to his new residence where she is coaxed into smoking hashish (a habit she gave up after the experience with the Marine) and taking part in another undesired sexual encounter. The story ends with Sofi/Sukumari feeling distraught at the state of her life.

In “Dreaming of Ghana,” the protagonist Aakash is shiftless and unhappy with his life when he comes upon a naked dark-skinned woman in the street being taunted by passersby. He rescues her and calls her Ghana, and believes he has fallen in love with her, though they do not speak the same language. When Ghana disappears with Aakash's friend Rahul, Aakash becomes obsessed with finding with her. However, when he does, he discovers that Ghana and Rahul have married. The story ends during a violent political protest that is a metaphor for Aakash's internal upheaval.

“An Affair before the Earthquake” tells the story of a short-lived love affair between two unnamed protagonists. The earthquake, which decimated areas of Kathmandu in which the lovers once walked, is a symbol of their split.

In “Mad Country,” Anamika Gurung, the self-assured owner of a construction business, receives a call that her teenage son is being arrested at school after he threatened the principal. Anamika, accustomed to getting her way, goes to the police station and demands to see her son or be told of his whereabouts, at which point she is also arrested and labeled a political prisoner. Anamika is imprisoned for a considerable amount of time, and her capable, confident sense of self is stripped away. She becomes obsessed with her cellmate Sita as her only source of comfort, and finds she cannot imagine returning to her old life where she was responsible for running a business and family. When she is released due to a revolution outside the prison's walls, Anamika refuses to go home and begs Sita to be permitted to accompany her wherever she is going.

In “America the Great Equalizer,” Nepali immigrant Biks is studying at Northern Illinois University when he learns of the shooting death of African American man Michael Brown by a police officer in nearby Ferguson, Missouri. Simultaneously, he learns that his girlfriend back home, Seema, has married another man. These two events become conflated in Biks' mind as he wonders if perhaps Seema left him because of his dark skin color. As protests over Brown's death escalate in Ferguson, Biks' anger and depression cause him to drop out of school. He begins seeing racial slights and insults everywhere, ultimately quitting his job at a gas station after she is called “Apu” (286) and “Taliban” (287) by a group of white teenagers. Upon leaving the gas station, Biks encounters a semi-truck driver with a Missouri license plate and hitches a ride to Ferguson. Amid the explosive protests there, Biks realizes that he does not belong. While he has also been a victim of racial intolerance, he does not know the African American struggle and should not attempt to appropriate it as his own. As a symbolic nod to this realization, Biks imagines himself floating outside of his own body and returning to Nepal.