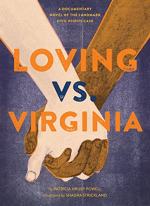 Powell, Patricia Hruby
This Study Guide consists of approximately 47 pages of chapter summaries, quotes, character analysis, themes, and more - everything you need to sharpen your knowledge of Loving vs. Virginia.

Loving vs. Virginia: A Documentary Novel of the Landmark Civil Rights Case Summary & Study Guide includes comprehensive information and analysis to help you understand the book. This study guide contains the following sections:

This detailed literature summary also contains Quotes and a Free Quiz on Loving vs. Virginia: A Documentary Novel of the Landmark Civil Rights Case by Powell, Patricia Hruby.

Mildred Jeter is a young black girl who grows up in Caroline County, Virginia. She is aware that her life is different because she is black. She longs for school supplies, including books, paper, and desks, that have not been worn out by the previous students. Mildred is sometimes angry when she sees these differences, including a time when she does not have extra paper to complete an assignment. By the late 1950s, she has fallen in love with a white boy from the neighborhood, Richard Loving. As a mixed-race couple, they are subjected to harassment from members of the community, including Sheriff Brooks. Brooks stops Richard often when he is in the car with any black person. He urges Richard to stop spending time with the blacks. Richard is furious with the situation, but he always remains polite and tries to avoid arousing Brooks' attention.

When Richard and Mildred begin going out together, they sometimes face angry words and actions from whites who disapprove of their relationship. Their community is exceptional during this time in history because blacks and whites mix freely, and Richard and Mildred choose to surround themselves with friends and family in order to avoid the public situations. When Mildred becomes pregnant with her first son, Richard walks away from the relationship for several weeks. However, he soon returns and they continue to see each other. When Mildred becomes pregnant again, Richard says they should marry. They go into Washington, D.C. where the couple's racial makeup does not matter. However, when Sheriff Brooks discovers that Richard and Mildred are living together as husband and wife, he arrives at their house in the middle of the night and arrests them both.

Richard's sister pays his bail, but it takes days for the families to gather enough money to pay Mildred's bail. They move in with relatives in Washington and return to Virginia for their trial. The judge orders them to stay out of Virginia for 25 years or face jail time. Mildred is heartbroken that she is forced to spend her life away from her family. A relative suggests she call on U.S. Attorney General Bobby Kennedy, and he puts her in touch with others who lead her to a young attorney named Bernie Cohen. Mr. Cohen takes her case and eventually fights his way all the way to the U.S. Supreme Court where the judges overturn Mildred and Richard's sentence.

Mildred and Richard return to Virginia where they build a house near Mildred's family and live there until Richard is killed by a drunk driver in 1975. Mildred dies in 2008.

It takes almost a decade from their first arrest to the Supreme Court decision that begins the end of state laws banning mixed-race marriages. Mildred and Richard really had no interest in changing the law. They only wanted the freedom to live openly as husband and wife. Cohen's arguments have been used in recent years as people fight the ban on gay marriage.

More summaries and resources for teaching or studying Loving vs. Virginia: A Documentary Novel of the Landmark Civil Rights Case.

Loving vs. Virginia: A Documentary Novel of the Landmark Civil Rights Case from BookRags. (c)2022 BookRags, Inc. All rights reserved.