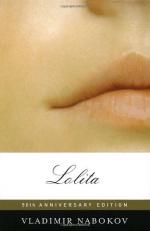 Martin Anus, review in The Atlantic, September, 1992 Analyzes Humbert's psyche and the effect he has on others in his life, including Lolita, as well as acts of cruelty and moral issues in Lolita

Revisits the novel as a new movie version is released in 1997.

Discusses the controversy surrounding the distribution of the 1997 film version of Lolita.