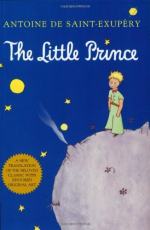 This detailed literature summary also contains Literary Precedents and a Free Quiz on The Little Prince by Antoine de Saint-Exupéry.

Published in 1943, The Little Prince is a fantasy about a pilot, stranded in the Sahara, who meets a small boy from another planet. The boy, who refers to himself as a prince, is on a quest for knowledge. The little prince asks questions of the pilot and tells the pilot of life on his own very small planet. This story is told in a simple fashion, as children's stories typically are, but it is not really a children's story. It is a story of a grown-up who has almost forgotten what is important. It is the story of the pilot's reconnection to his own sense of imagination and wonder. It is the story of the re-opening of the pilot's heart.

The action of the story is preceded by the pilot's recollection of his first attempt at drawing. He describes both the drawing and the reaction it inspires in the adults to whom he shows it. The lack of enthusiasm for his work, coupled with the total failure of grown-ups to comprehend it, is so disappointing to the author he stops drawing altogether. When he finds himself stranded in the Sahara many years later, it is with some irony the first request he receives from the little prince, who has appeared out of nowhere, is: "If you please--draw me a sheep!"

From that point on, the pilot and the little prince become inseparable. As the pilot continues to fumble with his aircraft, in hopes of repairing it before his supply of water runs out, the little prince tells him of all the places he has been and about life on his own small planet. In one story, the little prince recounts his realization that his lovely flower, his single prize possession, is in fact one of millions just like it. It is only after a series of new experiences that the prince comes to realize that his flower is truly special--not so much because it is a rose, as there are many, many roses--but because it is his rose. It is the time and care he takes with "her" that makes her special to him.

The novel follows the prince through an encounter with a businessman, a snake, a king, a fox and more. In each encounter, we see the little prince confront the limitations of the so-called "grown-up" mindset. We see the prince learning about life from flowers and animals while the grown-ups he encounters show him little more than what to avoid. In the end, therefore, it is fitting that it is the pilot who learns more from the little prince than he is able to teach the boy, in spite of the fact that throughout the book the boy is asking most of the questions. This point is emphasized on at least three separate occasions, when the author points out that the little prince ". . . never in his life let go of a question, once he had asked it."

When the story ends, the little prince has chosen to leave earth and return to his planet. He does so by enlisting the help of a poisonous snake, the same snake he met earlier in his travels. He allows himself to be bitten and he prepares to leave his body. The pilot is distraught and tries to save the little prince. He fails.

The pilot then comes to realize that something his little friend told him in the very beginning of the book is true: If you love something, sometimes just knowing it exists is enough to make you happy. The pilot looks up at the stars and knows that somewhere out there, the little prince is back at home, on his own little planet, tenderly caring for his beautiful flower. He wonders about the sheep they both feared might eat it. He thinks to himself how important it is to ask oneself that very question: has the sheep eaten the flower? The story ends as the pilot says to himself "no grown-up will ever understand that this is a matter of so much importance!"