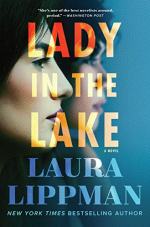 Lady of the Lake Quotes

She knew how dangerous it was to let one's desire be glimpsed, even for a moment.
-- Narrator ("January 1966")

Importance: Maddie has this thought after failing to sell her engagement ring at the jewelers. The moment marks her first emotional test after leaving Milton. Though she does not regret ending her marriage, she did not anticipate the veritable difficulties of forming an independent life. In this moment she realizes she will have to disguise her desires in order to get what she wants. Indeed, Maddie follows this rule throughout the rest of the novel, as many of her narrative compatriots attempt to do the same.

Importance: Maddie has this thought regarding her wedding night, and her decision not to tell Milton she is not a virgin. The moment, however, speaks to Maddie's belief about honesty in general. Throughout the novel she makes decisions over which truths she will reveal, and which...

Lady of the Lake from BookRags. (c)2023 BookRags, Inc. All rights reserved.