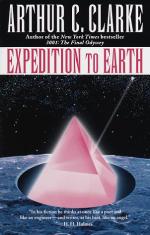 1950s: The United States lives under the constant threat of nuclear warfare.

Today: Following the terrorist attacks of September 11, 2001, in New York and Washington, D.C., the United States enters a new kind of war. The public lives with generalized fear of chemical and biological warfare.

1950s: The United States government releases several propaganda films and newsreels that attempt to calm citizens' fears by saying that radiation from atomic bombs cannot harm them if they take proper precautions. These include building personal bomb shelters that are supposed to be able to withstand a nuclear blast, radiation, and fallout. Even respected media sources perpetuate these myths.

Today: As more incidents of biological and chemical terrorism occur, both the United States government and the media provide frequent updates on the possible destructive effects of these acts in an attempt to prepare citizens.