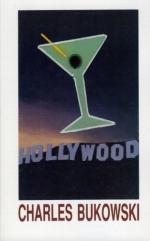 This detailed literature summary also contains Topics for Discussion and a Free Quiz on Hollywood by Charles Bukowski.

This novel is a barely fictionalized memoir of the writing and production of the Hollywood film "Barfly". Bemused screenwriter Hank Chinaski observes and narrates the story of a group of ambitious individuals with big personalities and even bigger dreams striving to gain control in an industry where control is a greater illusion than what plays out on the screen. As it satirizes Hollywood's excesses, attitudes and self-obsessions, the novel also explores themes related to the nature and craft of writing and the differences between reality and fiction.

The narrative begins in the aftermath of a telephone conversation between Chinaski and producer/director Jon Pinchot, who is desperate to make a film based on a screenplay, any screenplay, written by the renowned and respected author. The hard-drinking Chinaski, reluctant to turn his talents to a form of writing he believes to be less substantial than the forms in which he usually works (poetry and fiction), eventually agrees, and starts work on an autobiographical narrative inspired by his experiences as a young alcoholic writer.

As Chinaski writes (with the support of his patient wife Sarah), he receives repeated telephone calls from Pinchot updating him on the search for financing to make the film . There are conversations with potential star actors, meetings with various producers, agreements that get made and then broken. On every conceivable occasion, large amounts of alcohol are consumed. Eventually, as Chinaski and Sarah embark on a quest for home ownership inspired by the visit of a forceful tax accountant, the screenplay edges closer to completion, and a deal to produce the film is put in place ... and falls apart, and is put in place again, and falls apart again. Finally, though, the screenplay is completed, and a deal is put in place for good. Movie stars Jack Bledsoe and Francine Bowers sign contracts, producer Harry Friedman agrees to handle the money, shooting begins, and Chinaski (now living in a new house with Sarah and their five cats) resumes his regular routine of working on poetry, making regular visits to the racetrack, and drinking.

During shooting, Chinaski and Sarah are frequently struck by how sets, locations, and performances both evoke the reality remembered by Chinaski and get the emotional weight of his story and experiences wrong. Chinaski eventually realizes that he has no real hope of seeing the reality of what he lived and remembers portrayed on the screen, and lets the nature of film-making take its course. Meanwhile, Bledsoe and Bowers make what seems to be excessive demands, Friedman continually protests there is no money to pay the bills (at one point shutting down production altogether), and Pinchot repeatedly turns to Chinaski for both reassurance and advice. For his part, Chinaski continues to take refuge in alcohol and betting at the track.

Shooting is eventually completed, and as Pinchot is assembling an edited version of the final film, Chinaski returns to his routine of writing, drinking, gambling, and caring for the cats. Once the editing process is completed, and following a preview for industry insiders, Chinaski asks that the film be given a grand Hollywood premiere. Pinchot agrees, but at the post-showing party, Chinaski realizes how empty the people there all seem to be, and leaves early. After attending a public showing of the movie and enduring the negative comments of several audience members, Chinaski and Sarah realize the project is finally, thoroughly done, and settle back into their domestic routine for good, with Chinaski commenting that his next project is going to be a novel based on his experiences.