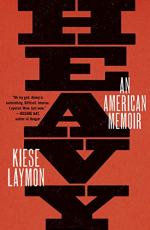 In first-person narration, the author speaks to someone at first identified only as “you.” He writes of his initial intentions in writing the book, which he calls a lie. “I wanted the book to begin and end with the assumption that if white Americans reckoned with their insatiable appetites for black American suffering, and we reckoned with our insatiable appetites for unhealthy food, we could all be ushered into a reformed era of American prosperity” (2).

The author also describes initially wanting to write stories about his weight gain and weight loss; recalls an experience with “you” in Las Vegas (in which he was told to “rake” in the quarters that had spilled out of a lucky slot machine); and recalls another experience in which they witnessed the beating of a black woman by a black man. “I realized that day we didn...

(read more from the Prologue, “Been” Summary)