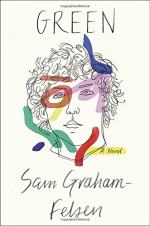 This detailed literature summary also contains Quotes and a Free Quiz on Green: A Novel by Graham-Felsen, Sam.

The following version of this book was used to create this study guide: Graham-Felsen, Sam. Green. New York: Random House, 2018.

The novel opens in the autumn of 1992. David Greenfeld is beginning the sixth grade at a public middle school in Boston. He is one of very few white students at the predominantly black school. He is teased and bullied by the other students, especially by a student named Angel. David befriends a black student named Marlon Wellings. Marlon is kind and studious. Marlon and David bond over their love of the Boston Celtics basketball team. They spend time together outside of school, and they sometimes study together for the Boston Latin entrance exam. Boston Latin is a prestigious but exclusionary public school in Boston.

David has an eccentric younger brother named Benno who has not spoken at all for the past year. David’s parents have placed Benno in a private school, as they fear that he may have psychiatric problems. Marlon is not judgmental of Benno’s eccentricities. Marlon’s parents attended Harvard University but work in relatively low-paying jobs for non-profit organizations. One day, David’s mother takes David and Marlon to a Harvard alumni event, but the snobbishness of the attendees is grating and unpleasant. Nonetheless, David and Marlon still dream of attending Harvard and being successful.

David’s grandfather, nicknamed Cramps, is Jewish and originally from Germany. He fled to America in 1939 to escape the Nazis. Cramps constantly extolls the values of a strong work ethic and he always urges David to study hard in school. David is not especially studious, but he badly wants to be accepted in Boston Latin. Despite being raised in a secular household, David becomes intrigued by Marlon’s Christianity. One day, while David and Marlon are shoveling snow for money, a man hits Marlon. David is too scared to intervene. Marlon becomes angry at David for doing nothing.

During the Boston Latin entrance exam, David panics and copies a few answers off of Marlon’s test. Marlon notices this and grows angrier at David. David and Marlon eventually reconcile when David gives Marlon a Celtics jacket as a gift. David continues to be bullied by Angel. Angel even threatens David with a knife at one point, but David does not tell his parents. David goes to church with Marlon on Christmas, and David becomes even more infatuated with Christianity. He asks Marlon to baptizes him, and Marlon does so using a bathtub.

When Boston Latin sends out its acceptance letters, David finds that he has been put on the wait list. Marlon says that he was accepted, but he does not seem excited. One day at school, a student non-fatally stabs another student. Soon after, David’s parents find out about Angel threatening David with a knife. Angel is punished, but he decides to keep bullying David. He stops when a student named Vicki defends David by hitting Angel. David is eventually accepted to Boston Latin, and he learns that Marlon had lied about being accepted. A rift grows between them, and the novel ends with David writing a letter to Marlon in an attempt to repair their friendship.