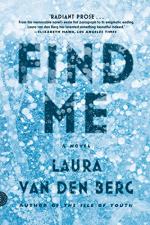 Laura van den Berg
This Study Guide consists of approximately 73 pages of chapter summaries, quotes, character analysis, themes, and more - everything you need to sharpen your knowledge of Find Me.

Find Me: A Novel Summary & Study Guide includes comprehensive information and analysis to help you understand the book. This study guide contains the following sections:

This detailed literature summary also contains Quotes and a Free Quiz on Find Me: A Novel by Laura van den Berg.

The following version of this book was used to create this study guide: Van Den Berg, Laura. Find Me: A Novel. Farrar, Straus and Giroux. New York, NY. 2015. First Edition. The narrative unfolds from the first-person, present-tense perspective of protagonist Joy, orphaned shortly after birth, lacking a clear sense of identity, and struggling to find answers to traumatizing questions that have haunted her for her entire life.

Book 1 of the novel is set in an unusual Hospital, one focused on taking care of people who are not sick – at least, not yet. Joy is one of the patients, along with her roommate Louis (with whom she had a sexual relationship when she first arrived that she wants to resume), the athletic Paige (who keeps in shape by sprinting up and down the halls), and the inquisitive twins, Sam and Christopher. In the midst of a routine of medical examinations, chores, and carefully scheduled free time, the 11-year-old twins are digging a secret hole in their room in an attempt to accomplish a goal held by everyone in the Hospital, including Joy – to get out.

The Hospital is run by the mysterious and autocratic Dr. Bek, who is on the receiving end of a mini-rebellion in the aftermath of the illness and death of one of the patients. That rebellion results in a reduction in patient privileges, which in turn triggers an escape attempt by the twins that ends in their deaths. As she grieves, Joy has a series of conversations with Dr. Bek, in which he reveals that she and the other patients in the Hospital are actually the subjects of an extended experiment, through which Bek is testing a theory about the impact of subconscious beliefs on both illness and healing.

Throughout all this, Joy has been becoming increasingly obsessed with uncovering two truths. The first is what happened in a space of time of which she can remember nothing, the time when she ended her stay in her first foster home, went to psychiatric counseling, and moved to her second group home. The second truth she is searching for involves finding the mother who abandoned her shortly after birth. Before coming to the Hospital, she was given information about her mother by her aunt, and was also given a photograph. When Joy sees a strong resemblance between the woman in the photo and a female scientist on television, she comes to believe that they are the same person, and develops even more of a determination to escape.

All these circumstances, combined with the sudden sickening and death of Louis, lead Joy to make her own escape attempt. Unlike the twins’ attempt, Joy’s is successful, and Book 2 follows her journey from Kansas (where the Hospital is located) to Florida (where she believes her mother to be living). Along the way, she engages in petty thievery, encounters her only childhood friend (Marcus), and is taken further and further from her destination by bus drivers who seem to get lost both easily and consistency. Throughout all this, she also encounters the dark and dangerous side of the post-sickness outside world.

At one point, Joy and Marcus find themselves taking an energy-building break from their travels in the home of Darcie and Nelson, two survivalists whose exact relationship is never explained, but whose generosity is at first a genuine comfort and respite for the travelers. As their time with Darcie and Nelson lengthens, Joy becomes increasingly involved with a strange ritual of Darcie’s, in which she (Darcie) takes what seems to be a hallucinogenic drug and goes into a secret tunnel in her basement, where she experiences some kind of out-of-body, semi-psychic experience. Joy becomes convinced that if she follows Darcie’s ritual, she will find out what lies at the core of her missing memories. Eventually, she does exactly that, and comes to realize that those memories include experiences of being abused by both the son in her first foster family and a Psychologist.

Shortly after uncovering those memories, Joy and Marcus leave the home of Darcie and Nelson, continuing their journey and making their way to Florida. There, as she crosses the water to the houseboat where she thinks her mother lives, Joy believes herself to be close to living the life she has always wanted to live – found, known, and welcomed.

More summaries and resources for teaching or studying Find Me: A Novel.

Find Me: A Novel from BookRags. (c)2022 BookRags, Inc. All rights reserved.