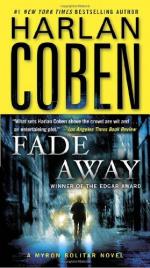 The professional basketball team for which Greg Downing plays.

The arena where the New Jersey Dragons play basketball.

A radical group from the Sixties, led by Cole Whiteman. The Brigade was accused of having murdered a man during a botched kidnapping and the remaining four members, including Liz Gorman have been on the run ever since.

The investment firm of which Win, Myron's best friend is president.

The shoe company with which Greg Downing is to sign an endorsement deal.

The Fabulous Ladies of Wrestling, the sports organization where Esperanza Diaz became famous as Little Pocahontas.

The investment firm which employs Maggie Mason. The last phone call made from Greg Downing's phone is to Kimmel Brothers

Fade Away from BookRags. (c)2022 BookRags, Inc. All rights reserved.