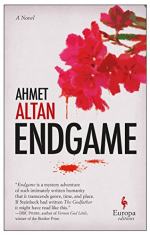 Throughout the novel the sea and ocean represent the concept of truth or clarity. It is often used as a backdrop for scenes in which a particular truth or revelation comes to light, as in the scene between Mustafa and the narrator at the church. Water also appears in several other forms, including the rain that comes down for three days in the town during a period of escalation, and the blue lake which Zuhal’s and the room overlooks in the mountain hotel.

Vegetation is a symbol for obfuscation and complacence in the novel. Altan takes pains to describe the vegetation in great detail, going so fa as to list individual species, and ensure that nearly every chapter mentions some kind of plant life in the area, suggesting the town is covered in trees and bushes. This in turn suggests that the...