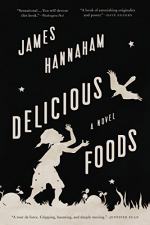 This chapter takes place around the same time as Chapter 1; however, it is told from Eddie’s perspective. The narrator explains how Eddie’s mother used to “party” every night. Eddie recollected the time when he found his mother sprawled out on the couch with her rear exposed. He found this very confusing, because when he saw her, he had an erection originating from when he woke up.

Readers learn that Eddie decided that the neighborhood chickens contained the soul of angry black people.

The narrator describes one instance when Darlene did not return home. Eddie went to the local bakery, owned by Mrs. Vernon, who called the police and learned that she was not at the police station. Eddie decided that his mother was kidnapped. One night, he went out looking for her. He spoke to the local prostitutes who told him...