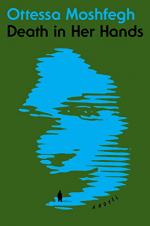 Ottessa Moshfegh
This Study Guide consists of approximately 37 pages of chapter summaries, quotes, character analysis, themes, and more - everything you need to sharpen your knowledge of Death in Her Hands.

Death in Her Hands Summary & Study Guide includes comprehensive information and analysis to help you understand the book. This study guide contains the following sections:

This detailed literature summary also contains Quotes and a Free Quiz on Death in Her Hands by Ottessa Moshfegh.

The following version of this book was used to create the guide: Moshfegh, Ottessa. Death in Her Hands. Penguin Random House LLC, 2020.

Ottessa Moshfegh's Death in Her Hands is told from 72-year-old Vesta Gul's first person point of view, and divided into seven chapters which subvert a traditional narrative arc. Vesta's movements through the narrative world are punctuated by long narrative passages devoted to her complex fantasies, reveries, and memories.

After her husband Walter's death, Vesta adopts her dog, Charlie, and flees her longtime home in Monolith. She moves to a quiet town called Levant, where she buys a cabin in the woods. Feeling proud of herself, Vesta is convinced her new life in her mundane town will calm her nerves and quiet her overactive imagination. A year after her move, however, while walking Charlie in the woods, she discovers a mysterious note pinned by rocks. The note reports the murder of a girl named Magda, and claims that the writer is not the murderer. Though the note also says Magda's body is nearby, Vesta can find no evidence of the dead girl. Feeling unsettled, she takes the note and returns home.

Excited by the idea of something so horrifying happening in a place like Levant, Vesta decides she must solve Magda's mystery. She ventures into town on an impromptu grocery trip. While at Save-Rite, she mentally criticizes everyone she sees, disgusted by the unkempt members of her community. Her irritation makes her realize how invisible she is. Magda must have been similarly ostracized. She begins inventing Magda's past, deciding she was from Belarus. She traveled to the U.S. to work at McDonald's through a program for Eastern European students.

Vesta then visits the library to do more research on Magda. When she fails to discover who she might have been, she begins researching how to solve a mystery, and then, how to write a mystery. Though she scoffs at the advice, she also thinks it is wise to know how to construct a story with guidance. She prints out a character questionnaire and takes it home. She spends the rest of the night completing the questionnaire. She decides Magda was only 19 when she was killed. Because of her hostile upbringing, she decided to stay in Levant to escape her past. However life in Levant proved just as difficult. Magda had little money, lived in the basement of her only friend Blake's mother's home, and became entangled in multiple love affairs. As Vesta constructs Magda’s identity, she begins writing a list of possible suspects. She includes Magda's boyfriends, Henry and Leo, as well as a ghoulish villain named Ghod.

Still wrapped up in the story the next morning, Vesta writes a note to Blake, the writer of the original note, and leaves it in the woods. Only a few moments later, the note is missing. Vesta becomes terrified, and tries fleeing town, only to be stopped by a cop she is convinced is Ghod. The following day she tries to rationalize her fears, invoking Walter's cruel and belittling voice. Tired of hearing his criticism, even after his death, Vesta decides she must get rid of his ashes. She ventures out in her boat and dumps them in the lake.

Afterwards, she returns to the library. In the poetry aisle, she discovers another message from Blake. She then encounters a woman in the bathroom, who she is convinced is Shirley, Blake's mother. Desperate to know more about her and her involvement with Magda, Vesta offers her a ride home. During the trip, Vesta meets Blake, and steals Magda's hairbrush. Back at home, Vesta is shocked to find Charlie missing. She then tries to venture out again in search of him, but her car fails to start.

She ventures out into the night on foot instead. Charlie is nowhere. Tired and weak, Vesta sits near the lake on the neighbors' property. The couple seems bothered by Vesta's presence. She tries to explain herself, but then faints. Before leaving, the wife gives her a book on death. Vesta dismisses the few passages she reads, deciding to overwhelm herself with sorrow instead of trying to overcome it. Wandering home, she cries for Charlie, criticizing herself for abandoning him.

Not long after arriving home, she sees Charlie outside. However Charlie is changed, and appears rabid. Vesta tries calming him, and then feeding him. She listens to the radio while she waits for him to adjust. When she hears him moving around downstairs, she investigates, finding all of her papers on Magda scattered. Amidst the mess she discovers the original note from the woods written in her own handwriting. Charlie then lunges at her throat. To protect herself, Vesta stabs him in the chest. She feels satisfied knowing she has finally proved her bravery.

More summaries and resources for teaching or studying Death in Her Hands.

Death in Her Hands from BookRags. (c)2022 BookRags, Inc. All rights reserved.