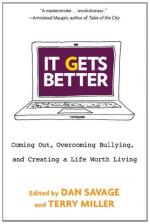 Danielle Steel
This Study Guide consists of approximately 38 pages of chapter summaries, quotes, character analysis, themes, and more - everything you need to sharpen your knowledge of Coming Out.

Coming Out Summary & Study Guide includes comprehensive information and analysis to help you understand the book. This study guide contains the following sections:

This detailed literature summary also contains Topics for Discussion and a Free Quiz on Coming Out by Danielle Steel.

The novel opens with Olympia Crawford Rubinstein working in the kitchen of her family's brownstone on Jane Street. The area was once in the old meat packing section but was now a fashionable area. There were high rise apartment buildings with doormen now. Her son Max would be home any minute. It was a Friday and he only had half a day of school. He always tried to spend Friday afternoons with the kindergartener. Max is only one of Olympia's children but he is the only child from her marriage to Harry. Her other three children are older and from a previous marriage. Olympia has been married to Harry for thirteen years now and had waited eight years to have Max.

This simple beginning introduces Olympia. She is a big lawyer with a son in Dartmouth and twin daughters in high school who will attend Brown in the fall. She is a busy mother and wife juggling all of the aspects of being a working mom and successful wife with her legal career. Her daughters receive an invitation to be debutantes in the coming-out ball at the Arches, the same ball that Olympia participated in years ago. Olympia, who is pleased at the invitation, is not prepared for the chaos that erupts around her as a result of the invitation. One twin is excited while the other is dead set against the principle of a coming-out ball. Her former husband, snobby as he is, demands the twin's attendance while her current husband is against the ball as a form of discrimination and says he will not attend. This sets the scene for the events of the novel.

Olympia must navigate her way between everyone's values and viewpoints and try to pull off the perfect evening for her daughters to remember, just as she always remembered her own debut fondly. Olympia makes her statement about the snobbery of The Arches by inviting her Jewish mother-in-law and her African American law partner and her husband, all of whom will share the table with her snobbish former husband Chauncey and his frivolous wife. In addition, there is her son Charlie who has a problem that his mother senses but doesn't know what it is.

As the time for the ball approaches, there is one calamity after another, ranging from lost gloves to broken ankles. Olympia must help her family deal with them all while still driving toward her goal of a perfect evening for the girls' coming-out. From broken relationships to an escort with blue hair and a daughter with a backless dress and a giant butterfly tattoo, Olympia manages to deal with it all in spite of everyone's principles and values.

This book is pleasant reading as the reader watches a super mom deal with some super problems while trying to make a pleasant evening for everyone involved while respecting all of their different values. In the end, they all have a good time at the twins' debut.

More summaries and resources for teaching or studying Coming Out.

Coming Out from BookRags. (c)2021 BookRags, Inc. All rights reserved.