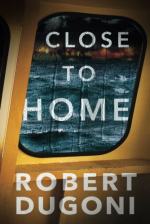 This detailed literature summary also contains Quotes and a Free Quiz on Close to Home by Robert Dugoni.

The following version of the novel was used to create this study guide: Dugoni, Robert. Close to Home. Thomas & Mercer, September 5, 2017.

In Close to Home by Robert Dugoni, Tracy Crosswhite pushed through for a resolution in a homicide case even when a key piece of evidence went missing. She was determined to find answers to give to the mother of the boy who was dead. As Tracy pursued the case, her fellow detectives Vic “Faz” Fazzio and Delmo “Del” Castigliano investigated a rash of heroin overdose deaths, including the death of Del’s niece. There is a twist at the end of the novel as Tracy’s investigation merges with Faz and Del’s to uncover a shocking conspiracy.

Twelve-year-old D’Andre Miller was hurrying home from a basketball game, trying to beat his curfew, when he was hit by a speeding car and killed. Because D’Andre was black, the violent crimes team from the Seattle Police Department was called to help investigate the homicide. It was hoped that the inclusion of those investigators would signify how seriously the death was being taken in the face of racial tension.

A description of the car that hit D’Andre was obtained from a piece of glass from the headlight that was left at the scene. A car matching that description was located abandoned in a nearby lot. The owner had called just a few hours earlier to report the car stolen. When the car was processed for fingerprints and DNA it appeared that someone had wiped down the car, even the airbag, with alcohol wipes. The owner of the car, a man enlisted with the Navy, claimed not to have ever gone to Seattle. He said he did not know anyone who lived there. Regardless, when Tracy reviewed the video surveillance from a convenience store from which she found a receipt dated for the night that D’Andre was killed, Tracy recognized the man on the tape as Laszlo Trejo, the man who owned the car. Trejo claimed the man was not him.

Because Trejo was enlisted with the Navy, the Navy took jurisdiction over Trejo’s crime. Tracy and others worried that the black community would believe the Navy was taking over the case in order to protect one of its own. The perception worsened when the only copy of the video showing Trejo in the convenience store in Seattle was lost while in the custody of the Navy. This video was the only piece of evidence that proved Trejo was in Seattle the night D’Andre was killed. With this lack of evidence, the Navy was forced to let Trejo out of jail. Tracy trailed Trejo the night he was let out of jail. He drove to a park where Tracy lost him for a moment when she took the wrong trail. She heard a gunshot and found Trejo dead. Although John Owens, a detective with the Bremerton Police Department, argued that Trejo’s death was a suicide, Tracy believed he had been executed.

Meanwhile, Tracy’s partners, Del and Faz, were investigating a rash of deaths from overdoses of a particularly potent form of heroin nicknamed China white. They discovered that Del’s niece, Allie, bought the heroin that killed her from a man named Eric Tseng. Jack Welch, who arranged the purchase, shared with Del and Faz that Trejo had been carrying a pound of heroin in his car when he killed D’Andre. A search warrant was secured for Tseng’s house. When a SWAT team entered the house, they discovered that Tseng was dead. It appeared that someone was trying to kill off any witnesses that might have had any knowledge of what Trejo was doing.

Tracy continued to investigate Trejo, focusing her search on what happened to the video that proved Trejo was in Seattle. She requested the video surveillance tape from the Defense Service Office (DSO) where the tape was when it was stolen. It was determined the copy of the tape Tracy received had been edited so Tracy got Owens to arrange for her to view the original copy of the footage. Tracy recognized Rebecca Stanley, the officer in charge of Leah Battles, the Navy lawyer who was representing Trejo before the tape disappeared, as the person on the parts of the tape that had been edited out. Tracy inferred that Stanley had stolen the tape and set Leah up as the scapegoat. She suspected Stanley had also killed Trejo and Tseng.

Believing that Owens had called for police backup, Tracy went with Owens to Stanley’s apartment. Stanley had tricked Leah into going to her apartment with her in an attempt to murder her but Leah was already suspicious of Stanley. Stanley and Leah had guns pulled on each other when Tracy and Owens entered the apartment. Tracy felt a moment of relief that she had saved Leah but realized she was in much more danger than she had ever imagined when Owens pulled his gun on her.

Tracy saved herself when she convinced Stanley that Owens would not let Stanley live if Stanley shot Tracy. Tracy inferred that Trejo had been working as a drug mule for Owens by bringing shipments of heroin to America on the Navy transport ships. Stanley had a personal stake in the drugs because she was taking the heroin to control back pain from a war injury. American doctors told her that she could not get any more pills to control the pain and would have to live with it. Stanley realized that Tracy was right, Owens would not let her live. He shot and killed her. Leah, a student in Krav Maga, disarmed Owens and handcuffed him.