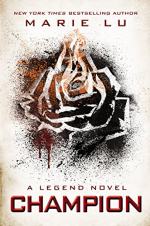 The novel is narrated in the first person by both Day and June in alternating chapters. The narration stays in the present tense, but often involves recounting of past events or dreams. The narration takes place using dialogue and inner monologue. Neither narrator is omniscient, and one character’s perspective on events often reveals new or contrary facts to the other’s same interpretation.

Language use in the novel varies according to the character narrating, and highlights class differences between characters. Characters from lower class backgrounds use a number of slang and curse words in their speech, such as “goddy,” “trot,” and “damn.” Day’s narration in particular uses these signifiers of lower class background, and Pascao and Tess use similar language in their dialogue. The lower class characters also use in-group language to refer to each other, such as “cousin,” which...