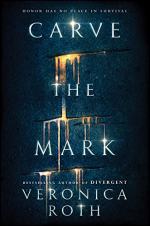 The city of Hessa is where Akos lived until he was kidnapped by the Shotet.

Noavek manor is the house where Cyra grew up and lived with her family. It is to this mansion that Akos is brought to serve as a painkiller for Cyra.

Ryzek uses the weapons hall of Noavek manor as a place to intimidate people and hold hearings for those who have disobeyed.

The city of Voa is the city in which Noavek manor is located. Cyra and Akos find themselves staying with renegades in the poorer part of the city of Voa after they have decided to actively take part in trying to overthrow Ryzek.