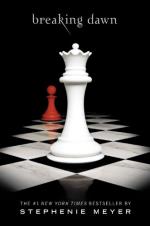 Stephenie Meyer
This Study Guide consists of approximately 66 pages of chapter summaries, quotes, character analysis, themes, and more - everything you need to sharpen your knowledge of Breaking Dawn.

This detailed literature summary also contains Topics for Discussion and a Free Quiz on Breaking Dawn by Stephenie Meyer.

"Breaking Dawn" by Stephenie Meyer is fourth and final book in the popular Twilight series. In this book, Bella finally marries her beloved Edward and becomes a vampire. Unfortunately, unforeseen complications arise when Bella becomes pregnant and the Volturi decide to visit the Cullens. "Breaking Dawn" is an extremely entertaining conclusion to this four-part series.

Bella is pleasantly surprised by the appearance at her wedding of her best friend, Jacob, a werewolf who is prejudiced against vampires like her new husband. She causes an argument when she tells Jacob she still plans to become a vampire after having a real honeymoon. During their honeymoon, Edward is distraught when he hurts Bella during intimacy, but they practice to get better. Bella begins to feel sick and when she suspects she is pregnant, Edward rushes her home, planning to remove the fetus. Bella turns to her new sister-in-law, Rosalie, to help protect her unborn child.

When Jacob hears that Bella is sick, he believes she is in transition to become a vampire and sets out to wage war against the Cullens. He is surprised to find that Bella is pregnant, but when the rest of the wolves want to kill Bella and the abomination, Jacob objects, starting his own pack with Leah and Seth since he is the rightful Alpha. Jacob plans to protect the Cullens, though he hates the creature that is killing the woman he loves. Bella's health improves after the Cullens realize the fetus craves blood like its vampire father, but Bella's heart stops beating during delivery, forcing Edward to inject her with vampire venom. Convinced Bella is dead, Jacob plans to kill her murderer, but his whole world turns upside down when he imprints on the baby girl, Renesmee, instead.

After a painful transformation, Bella wakes up with an unusual amount of self-control for a newborn vampire. She is able to control herself around Renesmee, Jacob, and Charlie, even though they smell like food. She is extremely happy with her new life. When Irina, the Cullens' cousin, sees Bella, Jacob, and Renesmee in the woods, she mistakes Renesmee for an immortal child, children bitten to become vampires which were outlawed by the Volturi because they were unmanageable. Irina goes to the Volturi who were looking for an excuse to kill the Cullens and recruit Edward and Alice to their guard. As the Cullens gather friends to witness that Renesmee was born and is not an immortal child, Alice and Jasper leave, seemingly abandoning their family. Though Alice's abandonment leaves Bella feel hopeless, she learns to fight and to use her power as a shield to protect those she loves.

When the Volturi come to Forks, they believe Renesmee when she shows them her birth, but they deliberate about the unknown dangers of a half-mortal and half-vampire child. Their guard tries to attack the Cullens and their friends, but Bella uses her shield to protect their entire party. Just before the Volturi issues their decision, Alice arrives with Nahuel, a 150-year-old human-vampire hybrid, providing that crossbreeds, such as Renesmee, are not a threat. The Volturi are relieved to depart in peace because they feared losing this battle. The Cullens and their friends return to their happy peaceful lives and Bella looks forward to spending eternity with her husband and their daughter.

More summaries and resources for teaching or studying Breaking Dawn.