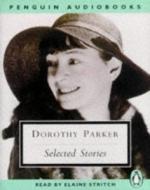 An approachable glimpse into Parker's immediate social milieu, this well-illustrated history covers biographical information about the various colorful figures in Parker's set, as well as offering some basic cultural and historical context.

A social history of women in the rapidly changing cultural climate of the "roaring twenties," this study fleshes out what life was like for women of different classes, races, and regions during the era with which Parker is most closely associated.

A psychological study presenting evidence that women are twice as likely as men to experience clinical depression, and offering theories to explain this gender-linked phenomenon.