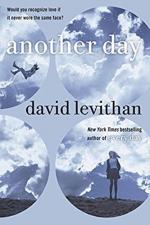 David Levithan
This Study Guide consists of approximately 34 pages of chapter summaries, quotes, character analysis, themes, and more - everything you need to sharpen your knowledge of Another Day.

Another Day Summary & Study Guide includes comprehensive information and analysis to help you understand the book. This study guide contains the following sections:

This detailed literature summary also contains Quotes and a Free Quiz on Another Day by David Levithan.

The following version of this book was used to create this study guide: Levithan, David. Another Day. Alfred A. Knopf Books for Young Readers, 2015.

One day, Rhiannon and her boyfriend Justin go on a spontaneous trip to the beach during the school day. Justin behaves in a sweet, considerate way that is very unlike his usual self. The next day, Justin does not act as kindly toward Rhiannon as he did on their date at the beach and he tells her to give him more space.

Over the weekend, Rhiannon and Justin go to their friend Steve’s party. Rhiannon meets Nathan, who claims to be Steve’s gay cousin. They exchange emails and message back and forth for the next few days. Then, Rhiannon learns that Steve does not have a cousin named Nathan. She agrees to meet Nathan and let him explain.

When Rhiannon arrives at the bookstore, a girl greets her. The girl explains that she wakes up in a different body every day. She was in Justin’s body the day that they went to the beach together, Nathan’s body on the night of the party, and now she is in another girl’s body. She introduces herself as A. Rhiannon is shocked. She agrees to stay in touch with A, despite her suspicion.

Rhiannon continues to meet A in the body of different teenagers in surrounding towns over the next few weeks. They develop a friendship and begin to feel romantically toward one another. Rhiannon does not want to break up with Justin, but A tries to convince her that A is better for her than Justin is.

One day, Rhiannon wakes up feeling strange. She finds a note in which A has explained that A was in Rhiannon’s body the previous day. Rhiannon meets with A later in the day and expresses her trust in A. Rhiannon and A continue sneaking off for dates over the next few days.

Rhiannon plans a weekend getaway for her and A at her Uncle Artie’s hunting cabin. They spend a blissful day in the cabin together. However, A does not return the next day and Rhiannon leaves after her uncle’s friends arrive at the cabin to clean their game.

A finds Rhiannon in school the next day and explains that A was unable to leave the house of the person whose body A was in the previous day. Justin finds Rhiannon and A together. Justin punches A and breaks up with Rhiannon.

Rhiannon begins to question whether her relationship with A is reliable enough for her. She breaks up with A. A few days later, A meets up with Rhiannon in the body of a kind boy named Alexander Lin, whom A believes Rhiannon should date. Rhiannon agrees, but the next morning she is determined to find A again.

More summaries and resources for teaching or studying Another Day.

Another Day from BookRags. (c)2022 BookRags, Inc. All rights reserved.