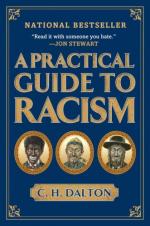 Introduction
Chapter 1: Is Racism a Serious Problem?
Chapter Preface
Racism Still Exists
Blacks Are Burdened by Stereotypes
Social Segregation Persists
White Supremacist Influence Is Increasing
Twisting Theology and Logic
Racism Is Decreasing
Racism Will Soon Disappear in America
Conservatives Are Wrongly Accused of Racism
Chapter 2: Is Racism Institutionalized in Society and Culture?
Chapter Preface
Racism Is Endemic in the Juvenile Justice System
Environmental Racism Threatens Minorities
The Republican Party Panders to Racist Sentiments
Zionism Is Racism
The Juvenile Justice System Is Not Racist
Charges of Environmental Racism Are Unfounded
The Republican Party Is Not a Racist Institution
Chapter 3: Should Affirmative Action Be Abolished?
Affirmative Action in Education: An Overview
Affirmative Action Is a Threat to Equality
Affirmative Action Ignores Genuine Diversity
Affirmative Action Fosters Equal Opportunity
Affirmative Action Should Not Be Eliminated
Chapter 4: How Can Racial Problems Be Resolved?
Chapter Preface
Blacks Should Be Given Reparations for Slavery
Blacks Should Not Be Given Reparations for Slavery
Racial Profiling Should Be Abolished
Racial Profiling Should Not Be Abolished
Whites Should Examine White Privilege
Examinations of White Privilege May Be Counterproductive
Americans Should Prepare Themselves for Increasing Racial Diversity
Racial “Diversity” Is Racism
Activists Fighting Racism Should Engage in Nonviolent Revolution
Organizations to Contact
Bibliography
Order our Racism Encyclopedia Article

This Study Guide consists of approximately 221 pages of chapter summaries, quotes, character analysis, themes, and more - everything you need to sharpen your knowledge of Racism.

About the author: Roger Clegg is general counsel of the Center for Equal Opportunity and a former deputy in the civil rights and environmental divisions of the U.S. Justice Department.

The movement for “environmental justice” and against “environmental racism” began in the 1980s. Its premise is that racial minorities, particularly in low-income neighborhoods, suffer disproportionately from pollution.

The data supporting this premise are underwhelming, as Christopher H. Foreman Jr. notes in The Promise and Peril of Environmental Justice, his new analysis of the movement. Studies often define “minority community,” for example, to include any area where the percentage of nonwhites exceeds the national average, so that a community may be labeled “minority” even though the vast majority of its residents are white. Not only...

More summaries and resources for teaching or studying Racism.

Racism from Greenhaven. ©2001-2006 by Greenhaven Press, Inc., an imprint of The Gale Group. All rights reserved.