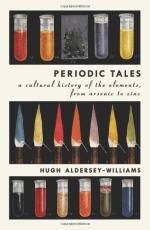 This encyclopedia article consists of approximately 8 pages of information about Zinc.

Alloys and compounds of zinc have been known since at least 500 B.C. But zinc metal was not known or used until much later. The reason is that zinc boils away or vaporizes easily when heated. Any effort to release zinc from its compounds also causes the metal to evaporate into the air.

Zinc was probably known in Asia before it was discovered in Europe. Ancient books from both India and China refer to zinc products. Such products were imported to Europe from...

More summaries and resources for teaching or studying Zinc.