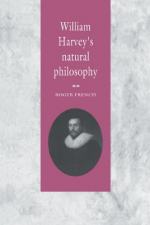 William Harvey - Research Article from Science and Its Times

This encyclopedia article consists of approximately 3 pages of information about William Harvey.

William Harvey was the first scientist to accurately describe the workings of the human blood circulatory system, thus establishing the modern science of physiology. Harvey based his research on extensive experiments and observations of animals and humans, rejecting ideas that were not confirmed by his experiments. Harvey's discoveries contradicted the long held beliefs of his contemporary physicians and scientists, and subjected him to great criticism and derision. When his work was finally acknowledged long after his death, Harvey's stature rose to that of England's most revered physician, as well as one of the founders of modern medical science.

Harvey was born in Folkestone, England, the eldest son of Thomas Harvey, a well-respected Levant merchant who eventually became mayor of Folkestone. After his first wife died in childbirth, Thomas married his second wife Joan, and they had seven sons and a daughter. William attended...

More summaries and resources for teaching or studying William Harvey.

William Harvey from Gale. ©2005-2006 Thomson Gale, a part of the Thomson Corporation. All rights reserved.