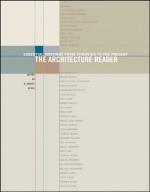 Vitruvius - Research Article from Science and Its Times

This encyclopedia article consists of approximately 3 pages of information about Vitruvius.

Few facts of Vitruvius's life are known, and his identity remains in question. Only his family name, Vitruvius, is known with certainty. There is good reason to think that his cognomen was Pollio, and he is often referred to today as Marcus Vitruvius Pollio. He worked in some capacity for Julius Caesar (100-44 B.C.) and was later employed as a military engineer by Octavian (63 B.C.-A.D. 14), the future...

More summaries and resources for teaching or studying Vitruvius.

Vitruvius from Gale. ©2005-2006 Thomson Gale, a part of the Thomson Corporation. All rights reserved.