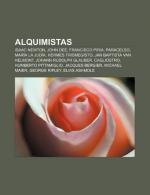 This encyclopedia article consists of approximately 2 pages of information about Van Helmont, Jan.

Renowned physician and chemist Jan van Helmont was born into the Flemish gentry in 1579. He received his medical degree at the age of twenty, then proceeded to revolutionize the field of plant nutrition. As a young university student first in Belgium, then in Switzerland, France, and England, van Helmont openly rejected the mysticism and superstition prevalent in academia at the time, being especially skeptical of natural magic and magnetic cures.

In all of his attempts to understand "the small things" that at the time were treated with "magic" and magnetism and today are studied with microscopes, van Helmont relied on the principles of balance, experiment, and quantification. Van Helmont applied chemical analysis to smoke, which he produced by burning a variety of solids and fluids. He observed that the vapors that formed when solids were burned...

Van Helmont, Jan from Macmillan. Copyright © 2001-2006 by Macmillan Reference USA, an imprint of the Gale Group. All rights reserved.