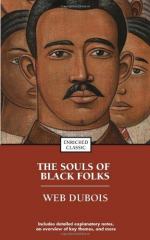 W.E.B. DuBois
This encyclopedia article consists of approximately 13 pages of information about The Souls of Black Folk.

Born in 1868 in the small Massachusetts town of Great Barrington, William Edward Burghardt (known as W. E. B.) Du Bois was physically far removed from the South, where slavery had only recently been abolished. Nevertheless, Du Bois, a superior student and the first African American to earn a Ph.D. from Harvard University, would make it his life's mission to promote true equality for African Americans. The Souls of Black Folk is a collection of fourteen of Du Bois's essays that discuss what emancipation meant to blacks, how contemporary black leadership was going astray, and how difficult it was for blacks to escape slavery's turbulent legacy and obtain equality in white society.

Events in History at the Time of the Essays

Slavery's legacy. Though black slaves in the South had been freed by the...

The Souls of Black Folk from Gale. ©2008 Thomson Gale, a part of the Thomson Corporation. All rights reserved.