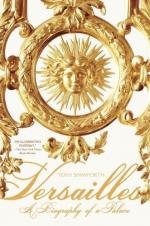 The Palace of Versailles - Research Article from Science and Its Times

This encyclopedia article consists of approximately 5 pages of information about The Palace of Versailles.

Louis XIV, France's Sun King, demanded a palace symbolic of his power and authority, a place that would awe the nobility of Europe. He turned to noted French architects Louis Le Vau (1612-1670) and Jules Hardouin-Mansart (1646-1708) to transform a modest hunting lodge southwest of Paris into the greatest palace ever known. For nearly two decades, the men carved the Palace of Versailles out of the thick wooded marshes and achieved Louis's vision of enormity and splendor.

Originally built in 1624, Versailles served as a hunting lodge for Louis XIII, but was transformed into the palace of his son, Louis XIV, over many decades. Since the elder king died when his son was only five years old, his mother and prime minister Cardinal Mazarin ruled France. The monarchy survived a civil war, but instilled in the young Louis XIV a lifelong...

More summaries and resources for teaching or studying The Palace of Versailles.

The Palace of Versailles from Gale. ©2005-2006 Thomson Gale, a part of the Thomson Corporation. All rights reserved.