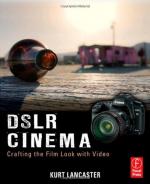 This encyclopedia article consists of approximately 57 pages of information about The Motion Picture Industry.

World War II was the best of times and the worst of times for the American film industry. It was a period of challenge and change, of anxiety and accomplishment, of intense focus on the task at hand and growing uncertainty about Hollywood's own long-term prospects once that task was completed. Within days of Pearl Harbor, President Franklin Roosevelt commissioned Hollywood to "emotionalize" the conflict and to mobilize public awareness and support by continuing to do what it did best-making and selling motion pictures, primarily feature films. But producing movies during the war was scarcely business as usual; on the contrary, it required a massive transformation of virtually every phase of industry operations.

Hollywood managed that transformation remarkably well, and its support of the war effort...

More summaries and resources for teaching or studying The Motion Picture Industry.

The Motion Picture Industry from Greenhaven. ©2001-2006 by Greenhaven Press, Inc., an imprint of The Gale Group. All rights reserved.