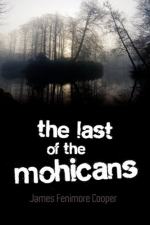 James Fenimore Cooper
This encyclopedia article consists of approximately 12 pages of information about The Last of the Mohicans.

Born in 1789, James Fenimore Cooper grew up in a small town on the edge of the frontier in upstate New York. Over thirty years before, the area had been embroiled in the French and Indian War. This dispute, also known as the Seven Years' War, thrust England, France, the colonists, and the American Indian population into a bitter conflict that permanently reshaped the future of North America.

North America in the middle 1700s. During the eighteenth century, North America was home to many different groups of peoples who sought to secure a claim on the vast territory. English, Irish, and Scottish settlers filled the English colonies, while the French and Spanish settled the territory of Canada and Florida as well as the wilderness interior, which was...

The Last of the Mohicans from Gale. ©2008 Thomson Gale, a part of the Thomson Corporation. All rights reserved.