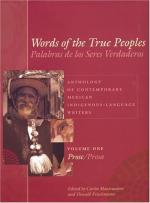 This encyclopedia article consists of approximately 6 pages of information about The Impact of Mayan Architecture.

The buildings left behind by the Maya inspire onlookers with a sense of awe and admiration. These buildings hold the secrets of Mayan religion, identity, and history. Known for its powerful features, Mayan architecture is not only aesthetically pleasing, but also technically accurate. Even though the thick jungle of Central America encroaches on these buildings, they still stand after thousands of years. The ruins themselves have been preserved by the vast and hostile jungle landscape, which has given archaeologists and scientists a chance to understand Mayan culture, political systems, and social and economic activities.

Despite thorough study by scholars, much of Mayan civilization is still unknown today because much of the civilization's writing and texts were destroyed. The virtual elimination of Mayan writing forces experts to turn to buildings in hopes of understanding many aspects of Mayan culture...

More summaries and resources for teaching or studying The Impact of Mayan Architecture.

The Impact of Mayan Architecture from Gale. ©2005-2006 Thomson Gale, a part of the Thomson Corporation. All rights reserved.