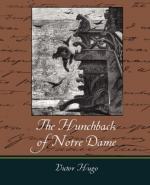 Victor Hugo
This encyclopedia article consists of approximately 11 pages of information about The Hunchback of Notre Dame.

The poet, novelist, and dramatist Victor Hugo was born in 1802, a decade after the end of the French monarchy. He was a child during the dictatorship of Napoleon Bonaparte and grew to manhood during a sweeping period of political unrest in France. Even as a young man-he was twenty-eight when he began The Hunchback of Notre Dame-he looked to France's past to orient himself in the present and sort out what it meant to be French.

France in 1482. During the exhausting Hundred Years' War, Joan of Arc and her cohorts had helped to expel the English from French soil. By 1482, the year the novel takes place, the French monarchy had recovered much of the authority it had lost during the war and had consolidated its power. The...

The Hunchback of Notre Dame from Gale. ©2008 Thomson Gale, a part of the Thomson Corporation. All rights reserved.