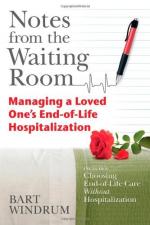 This encyclopedia article consists of approximately 6 pages of information about The Growth of Hospitals in the 1700s.

Throughout the eighteenth century hospitals opened in the larger cities of Europe and America as industrialization developed and the middle class expanded in those countries. These hospitals were very different from the kinds of hospitals seen in Western and Arabic cultures since early in the Christian era. By 1800 the hospital in the West was becoming an integral part of medical care and education in urban areas. Within another century, the hospital would be at the center of medical practice.

A hospital can be defined as a location for the acceptance, care, and treatment of the sick. In ancient Egypt, Greece, and Rome healing was often associated with the temples of particular deities. The staff of Aesculapius, a walking stick branched at the top with a snake wrapped around it, has long been a symbol...

More summaries and resources for teaching or studying The Growth of Hospitals in the 1700s.

The Growth of Hospitals in the 1700s from Gale. ©2005-2006 Thomson Gale, a part of the Thomson Corporation. All rights reserved.