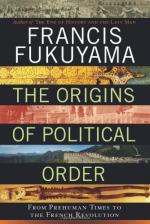 This encyclopedia article consists of approximately 6 pages of information about The French Revolution and the Crisis of Science.

The eighteenth century belonged to the period known as the Enlightenment. Thinkers of the time, such as Jeremy Bentham (1748-1832) in England and Jean-Jacques Rousseau (1712-1778) in France, were influenced by the experimental science of Sir Isaac Newton (1642-1727) and the mathematical rigor of René Descartes, among others. According to Enlightenment thinkers, reason—as opposed to spiritual revelation—enables humankind to make sense of the world around them and to better their condition. The aim of a rational society is knowledge, freedom, and happiness. These convictions led to criticism of the old order and visions of a better future. In England, these ideas stimulated reform. In America and France, they led to revolution.

Begun in 1789 with the Declaration of the Rights of Man and Citizens, the French Revolution was the polar opposite...

More summaries and resources for teaching or studying The French Revolution and the Crisis of Science.

The French Revolution and the Crisis of Science from Gale. ©2005-2006 Thomson Gale, a part of the Thomson Corporation. All rights reserved.