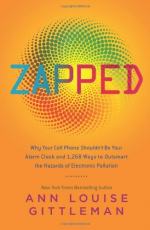 This encyclopedia article consists of approximately 6 pages of information about The Development of Cellular Phones.

The development, marketing, and resulting universal use of cellular telephones, all in less than 20 years, makes the cell phone one of the world's most popular innovations. Once merely a toy for wealthy businessmen and the rich, cell phones are now a part of everyday life. For many, the cell phone is such an omnipresent force that it is difficult to conceive of a time before its widespread utilization. In fact, a 1999 report by the United Nations predicted that cell phones will outnumber traditional land lines within the next decade. The latest statistics estimate that there are more than 400 million cell phone users worldwide, with more than 250,000 added every day, a stark contrast to the mere 11 million users in 1990.

The roots of cellular phones stretch back to the crude origins of mobile radio usage in vehicles. In 1921 the Detroit...

More summaries and resources for teaching or studying The Development of Cellular Phones.

The Development of Cellular Phones from Gale. ©2005-2006 Thomson Gale, a part of the Thomson Corporation. All rights reserved.