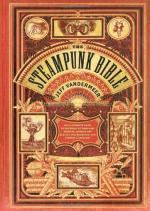 This encyclopedia article consists of approximately 7 pages of information about The Development of Airships.

Lighter-than-air airships and heavier-than-air airplanes both became practical around 1900, and coexisted for the next 40 years. Airships reached technological maturity by 1920 and were, for the next two decades, superior to airplanes for long flights with heavy payloads. Germany, Great Britain, and the United States all built airships after World War I, and all saw airships as a key part of aviation's future. The promise of airships dimmed rapidly in the 1930s, however, after a series of spectacular crashes tarnished their reputation. World War II smothered any hope of a quick revival, and produced a new generation of airplanes superior to any foreseeable airship. Airships survived, after 1940, in the significant but narrowly defined niche of aerial observation platform.

The two basic elements of an airship—a balloon for lift and an engine-driven propeller for power—were readily available to nineteenth-century designers. The...

More summaries and resources for teaching or studying The Development of Airships.

The Development of Airships from Lucent. ©2002-2006 by Lucent Books, an imprint of The Gale Group. All rights reserved.